The past few weeks have been brimming with excitement – the summer holiday is pulling to an end and back-to-school shopping has gone into full swing.. Children are pointing at things on the shelves in shops and parents are looking to the skies for help! It can never get boring. In fact, some kids are back in school.

To add a cherry on top of all the summer fun, thousands of kids are not making things easier either. About 5,000 of them time-travelled into the year 2044 at the mPulse Planet put together by MTN and supported by Access Bank on Friday, August 23rd, 2019 and things haven’t quite remained the same for them! After seeing spider robots, learning to build mini-robots and operating them, things of 2019 seem so mundane now. You can’t blame them; they have seen the future!

At the event, an excited 9-year-old Amanda Arinze who tried her hand at a spider robot explained what she would like to write to her mother and it’s both hilarious and ambitious. So, Amanda’s mum, listen up, she had a lot to say in this letter!

You know how I have always wanted to build my own jet and fly it around the world, I am ready to build my jet now. But I don’t want to build any type of jet, I want to build a very special one that I can fly to space – just like the Avengers.

I think it is a really cool thing to do, and I feel that when I go, I will learn a lot of secrets from the aliens and robots.

Today, I saw a spider robot and it was amazing! My robot teacher at the mPulse Planet, Uncle Kunle, said that I was a fast learner because I could get my spider to jump quickly! The robot spider is my favourite game here. It’s not really a game, but I don’t know what else to call it now. I met two boys that can use robots well. They didn’t have money, so we used the money you gave me for food for all of us. Tope’s mum has said that she wants to meet you. Oh, I forgot, Tope is one of the friends I met today. The other boy is Samuel. His sister, Sarah can operate the robot well, too.

12 Steps To Turn Your Kids Into Tech Billionaires

Four of us have already planned it – we will build a robot-jet-friend (a jet buddy)!  We all wanted a friend that can be a robot and can take us anywhere in the universe. Since we don’t have any of the metals and screwdrivers and nuts, we will need to go out and buy a lot of them. We’ve been calculating and it might be expensive, but we all have pocket money and you and Dad can help us out too (only if you want to).

We will design the jet’s body with some used metal from the mechanic workshop (I have to follow Daddy next time he’s going to the mechanic and my friends can follow me too), then use the skills we have learnt to build the dashboard just like the augmented reality stimulator we were taught about.

Our robot’s jobs will be to survey each planet we land on (It will be able to cook too, so you don’t have to worry). Once we land, we will send a small version of the robot to survey the ground while we control it from inside the jet. If we find that the coast is clear, then we will step out. We still need to make a lot of calculations, and we need wires and a system to type in all the command. But Uncle Kunle said we can do anything if we want to. And we want to make a robot jet! But I need to finish talking about the Planet!

mPulse Planet was super interesting. Tech Town was the best of everything at the planet. Bungee jumping and the games were cool, but Tech town was the future. I learnt how to make robots with Lego pieces and Sarah can make a standing toy. I liked the way that we could sit anywhere, and the adults didn’t tell us to move. All the adults were ready to teach us something different. The only thing I didn’t like was that the place wasn’t big enough. Yes, the Landmark place is already huge, but it should be bigger (we can help them build one next time). There should be a bigger place and we should be able to stay for 1 week. 1 day is too short, I think.

Thank you for making me come along with my brother. But next time, tell them 1 week, not 1 day. By next year our robot- jet-buddy would be ready and 1 day will not be enough to show everybody what it’s inside. 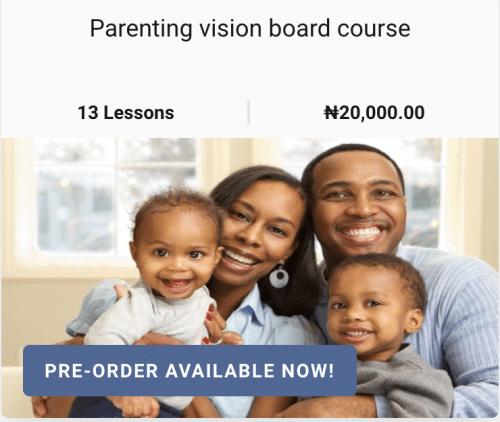