Bullying is a problem of epidemic proportions and can affect every aspect of a child’s life. Sometimes parents do not know what to look out for. As a result, we are sharing 10 telltale signs that your child is being bullied, which can serve as a guide.

While visibility around the issue has been raised as the most severe cases make national news; there is still a prevailing idea that bullying is part of childhood and is only a sign of “children being children.” Parents of children who are frequently the butt of bullies’ jokes know that the problem is much more severe than mere child’s play. If you’re concerned that your child may be the target of bullies in school or cyber-bullying; here are some signs to be on the lookout for. 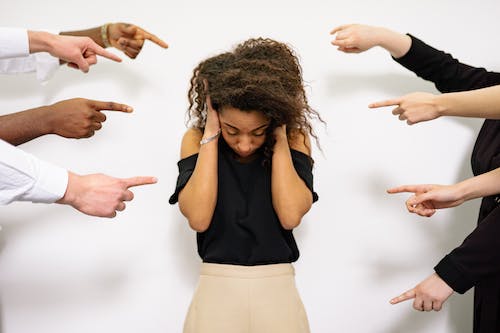 Has your child lost interest in extracurricular activities he once enjoyed? This could be a sign of your child being bullied. If he once loved his after-school clubs or teams and now actively avoids them, there could be harassment taking place that makes him reluctant to attend.

Noticeable changes in your child’s eating or sleeping patterns can indicate that she’s under some sort of stress. She could have a lessened appetite because of the thoughts running through her mind of her tormentor. If she’s eating more at home than usual, it could mean that her lunch is being stolen. Her sleeping habits could have changed because she now has nightmares about the person picking on her. There are a variety of potential causes for these changes, so they should be investigated. These could be signs of a child who is a victim of being bullied.

Noticeable changes in your child’s eating or sleeping patterns can indicate that she’s under some sort of stress, which could be the result of being targeted by bullies. Click To Tweet

Being picked on can put anyone in a bad mood. Therefore try to look for the root of increased irritability or a shortened temper after school. Bullies wear on a child’s self-esteem, and a child with low self-esteem can lash out from that added tension.

The occasional faked stomach ache is a common ploy to get out of school for a few hours or to miss a test she’s not prepared for, but regular attempts to get out of going to school may be a sign of a child who’s actively avoiding her tormentors.

It’s difficult to concentrate on school work and or about getting good grades when a mean kid in class keeps kicking your chair or making fun of you. Your child’s grades might be suffering, not due to indifference to school, but due to a bully constantly nagging.

If your child used to sit still very well and for long periods of time and now seems to fidget; it could be because of a bully. A physical bully may spur the “flight” half of the “fight or flight” instinct. This could cause them to be hyper-aware of their surroundings and always ready to bolt.

It could be a red flag if a child who avoids answering questions about his day or answers evasively. This could be that he is hiding the fact that someone was picking on him. It’s tough to remember the exciting parts of the day when your child’s thoughts are consumed by the torment of a classmate. 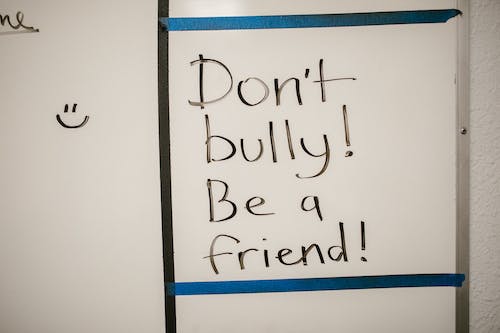 Increased aggression and violent outbursts can be an indicator of bullying. This is because children who spend their days being harassed will seek an outlet for their frustrations. In addition, sudden personality changes should be cause for concern. However, a turn in a more aggressive direction should be addressed immediately.

9. Being Mean to Younger Siblings

Is your child starting to pick on your other children? If so, she might have a bully she’s dealing with when you aren’t there. It’s natural to want to unload your burden onto someone else in the same way it was unloaded onto you. It is possible that your child could just need to get her anger out but doesn’t know how to. This could lead to her resorting to doing the same thing to her younger siblings that are being done to her.

You should probably be concerned If your child comes home with bruises or injuries that are not explainable. While it is possible that he fell down on the playground; it is also possible that he was pushed down by a bully and is scared to tell you about it.

The shame and embarrassment that can accompany being bullied are often enough to keep children quiet about their troubles. This is especially if they are afraid that they will be subjected to retribution for tattling.

There are many potential signs that your child is being bullied. And It is important for you to be patient with your child. And let him know that you are on his side and that you will find a solution to the problem together.

Read Also: How to Bully Proof Your Child