Young children are less likely to be logical than older ones. They lack the confidence to think for themselves and are sometimes afraid to try. 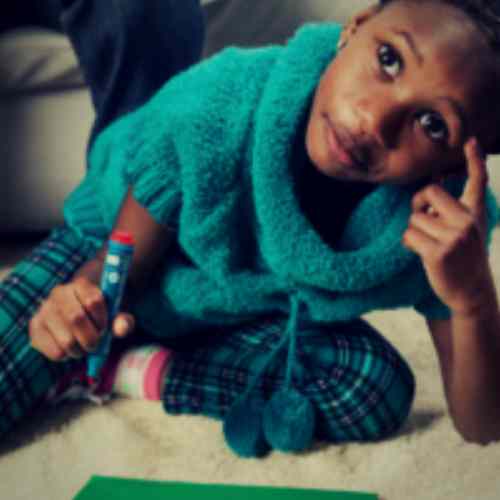 How well children think depends on how often parents and teachers make them think critically on their own. Most often than not children tend to make adults think for them. In school, they are taught a set of facts with rules and regulations on how things should be done.

When they are given assignments, some of them are too lazy to think and they end up asking parents or guardians what to do instead of thinking for themselves. How then do you teach your children to think?

Do you indulge your kids all the time or do you tell them to figure things out by themselves? We asked some parents how they get their children to think and we got interesting answers which we have collated below:

How To Teach Your Children To Think Critically

1. Encourage your children to play: Allow your children to play freely, individually and with their peers. This is important in raising children to think for themselves and for the children’s development because it forces them to decide what to play with and how.

Provide opportunities for play both indoor and outdoor. It is during play that children get curious enough to try something and see the reaction; What happens if I drop a spoon over and over again? How can I build a house with my bricks? These hands on experience helps children to develop critical thinking.

Children tend to copy what you do. Constantly show them the process it takes you to make a decision. Explain why you made a particular decision and, show them why some answers are right and some are wrong, then once you take a decision, stick to it. This will help them understand the process of thinking critically before making a decision.

Ask probing questions. For example, after bible study ask questions about what lessons they learnt, also, after having a conversation with your child, you can ask them about it later in the day to see how well they remember.

Ask them open-ended questions. When your chikdren ask you a question, don’t be quick to reply. Help them think about possible answers by asking them questions in return; “Hmmm that’s an interesting question, what do you think, why do you ask, what do you think the answer should be?” and when they give their opinions do not criticise or judge, rather, encourage them.

4. Let them know when they make a poor choice

Don’t be quick to intervene when they make wrong decisions, tell them it’s wrong and make them try again. If they still don’t get it, admonish them.

Note that you want to correct them based on what they did not who they are. Don’t say you’re a bad/stupid person for doing that. Instead say, what you did was wrong.

When your child does the right thing either by making a good decision or gets your question right, be sure to praise them.

Children will make good and bad decisions along the way, however, it is how you help them cope that is important along with how you encourage them to think critically by themselves.