Cancel culture at the core, really means when somebody feels they have been wronged and feel the right to not only mention the issue but also to cut off and ostracize the offender. As part of digital parenting, parents need to be aware of the role cancel culture plays in the lives of their children.

Over the last few years, the social-media trend has gained momentum under the trendy new name placing celebrities, companies and media alike under a microscope of political correctness. 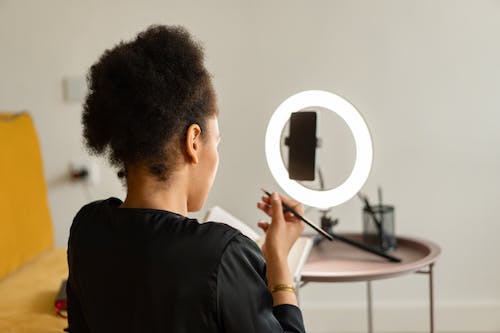 To cancel someone (usually a celebrity or other well-known figure) means to stop giving support to that person. The reason for cancellation can vary, but it usually is due to the person in question having expressed an objectionable opinion; or having conducted themselves in a way that is unacceptable to some. (merriam-webster.com)

In fact, to date, there have been several examples of public figures and companies being cancelled. I recently found out that Dr Seuss’ books had been cancelled as six of his books will no longer be published due to apparent racist undertones.

Now because we now have social media, anyone can start an #IsOverParty trend and it can quickly become like a social media mob. On the social media street, once anybody feels that a person has done something wrong or questionable, he or she can decide to call for such person or brand to be cancelled. Many times with no questions asked.

And so of course, you can imagine where there can be some concerns around this. This is because we now live in an environment and an age where anybody’s truth is their truth. Anybody can share whatever they want online, whether it’s 100% true or not, that can also be very dangerous. And for parents, this should be a cause for concern as it can directly affect your child’s view of the world.

we now live in an environment and an age where anybody's truth is their truth. Anybody can share whatever they want online, whether or not it's 100% true Click To Tweet

As we raise children today it is important to acknowledge that your child is a digital native; growing up in a world where everything is online, and they are picking up life lessons from here. And actually, they might have formed a view on something even before parents have a chance to actually shape the child’s view of that topic.

Remember the days when what your parents said was the only view you had? Not any more. Click To Tweet

The reality is that cancel culture is slipping into everything. You hear people say “I will drag you” aka I will take you through the social media streets and show you who is boss on Twitter or Snapchat or whatever platforms of choice. And also, even in children’s language, you might hear them say I just cancelled that person, I blocked them on social media.

Therefore in the context of modern-day parenting, what does that mean and what should we watch out for? How do we raise children to be kind and thoughtful to each other? Especially when it seems okay to treat people rather harshly online. 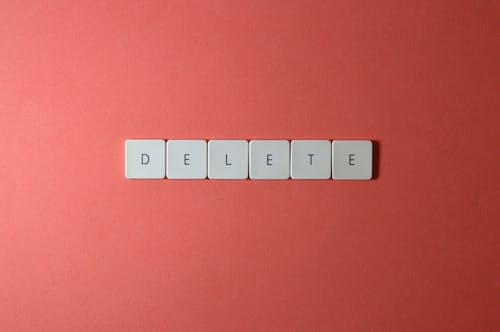 Can Parents be Cancelled?

And this could mean that this child is left being raised essentially, on the social media streets. While we might be more conversant with the street smart versus street smark analogy, we also need to raise children who are social media smart.

Recently, Chimamanda Adichie shared through an essay on her blog how in this age of social media, a story travels the world in minutes. She stated that people can hijack your story and soon, their false version becomes the defining story about you. She ended it by sharing that we have a generation of young people on social media so terrified of having the wrong opinions and as a result have robbed themselves of the opportunity to think and learn and to grow. Cancel culture can actually end up stifling people and cause increased anxiety!

I have spoken to young people who tell me they are terrified to tweet anything, that they read and re-read their tweets because they fear they will be attacked by their own. - Chimamanda Adichie Click To Tweet

Parents Need to get “Trending” Knowledge

Parents, the first thing is to get knowledge. This can be done easily by spending a few minutes every day online and just see what’s going on. Now when I say trending I am not necessarily asking you to go on Tik Tok and start dancing. Rather, when you know what is trending, you can have relevant conversations with your children. For example, when someone or a brand has just become a victim of cancel culture, you can ask them what they think about it. You’ll be amazed that they’ll look at you and think, how do mum or dad know this? it shows that you are aware.

And to be able to get into your children’s minds, you need to be relatable. If they don’t see you as relevant to their world they are going to shut you out. This makes it even more difficult to connect.

So parents, seek knowledge, learn about what’s going on in the world that we live in today. When you know what’s going on, it is then easier to layer your own values on top of that. Then you can talk about issues within the context of what’s appropriate or not as a family.

How can you train or teach somebody about something you have no clue about? Now let’s say before digital age parenting, you would teach your children about your culture, how to greet, how to tie gele, knot a tie and solve math problems. These come easily to you because you have done these things before.

However, now it seems as if the power balance has shifted, where your children don’t need you for information. They can get information online and some even feel that they know more about the online world than you do.

It is a great idea to journey into their online world and then guide them to live out there. A lot of the same principles and common sense are relevant whether online or offline, and even cancel culture needs to go through the same filter.

Start with your family digital dynamics

If your child has a specific app they like, how do you keep them safe if you have no information about it? You can download it as well so that you have a sense of what it does, as well as any potential areas for danger. A lot of technology and the apps available are not inherently good or bad. It is how you use it.

Do you know what they are doing online? Learn the culture of each app so you can have relevant conversations. If you have concerns with Snapchat, let them know why you think so.

You have to know what they like, come from a place of understanding and have those relevant conversations. Finally, it is important to have a family digital plan. Some of this should include clear rules around what Apps your child can download. Install parenting software to monitor and protect them from the negative sides of technology.

It is rather scary to think that some parents give their children smartphones and access to the internet and Wi-Fi. And that is the end of any parental guidance.

It is rather scary to think that some parents give their children smartphones and access to the internet and Wi-Fi. And that is the end of any parental guidance. Click To Tweet

Children today are also very aware and they know what is going on in several parts of the world. I found out about my daughter’s awareness of Black Lives Matter from her social media avatar. So right from your living room in Nigeria, your child can be following a cause in the US. These are opportunities to have conversations and to give your child context around the content they are consuming.

It is this awareness of issues, that can fuel cancel culture faster than most people can imagine. Once anything has been shared online and reshared, or retweeted it can become viral. This is why children (and adults) must be aware of the Hashtag hijack. And be sure to pause, research and verify before they believe anything they see online.

Part of this awareness can be further fuelled by the fact that people behave differently online than offline.

The “disinhibition effect‘ is when people say and do things online that they would not ordinarily say or do face to face. Sometimes people share very personal things about themselves and reveal secret emotions online more than they would in person. It can also have dire effects when people use rude language, drop harsh critical comments, anger, hatred and even threats. “Toxic disinhibition” is a phenomenon when people are more likely to explore the dark underworld of the internet; which they wouldn’t do in the real world.

Just as a responsible parent would not take their child to a nightclub; do you really know what they are doing online?

According to Researchers, the “disinhibition effect.” is a well known phenomenun online. People loosen up and express themselves more openly online. They say and do things in cyberspace that they wouldn’t ordinarily say or do in the face-to-face world.

During my parenting radio show where we spoke about Cancel Culture, a mum called in and shared her personal experience. She shared that her 16-year-old, like many others, spent a lot more time online during the pandemic. Her daughter and her friends become much more active around social justice issues and started following certain people on Instagram. Overall, mum was proud of her daughter for expanding her worldview. However, not long after mum, found out that many of the activists she follows are very pro cancelling.

It had gotten to the point that if a specific person on social media decided to cancel a brand or person; her daughter would do the same. It even started to affect their family, as her daughter would get very vocal around a movie, brand or anything that her group had decided to rail against. Upon more investigation, it was clear that the girl had not done any research and was simply repeating what she saw on Instagram.

This is just an example of what can happen if a child or teenager gets influenced by the online culture and parents are not even aware.

Modern parenting must include contextual conversations around the content children consume online. Make sure that your child is not being negatively influenced online as they are still developing their identity and belief structure.