You might have heard a lot about Social Media and how it affects our brains! Now, whether it is a myth or a fact; there are several things you can do to immediately take action and protect yourself from the negative influences.

According to neuroscience scientific discoveries, in the last 15 years, social media has become such a pervasive part of our lives that we don’t even notice how much time we are spending on it. 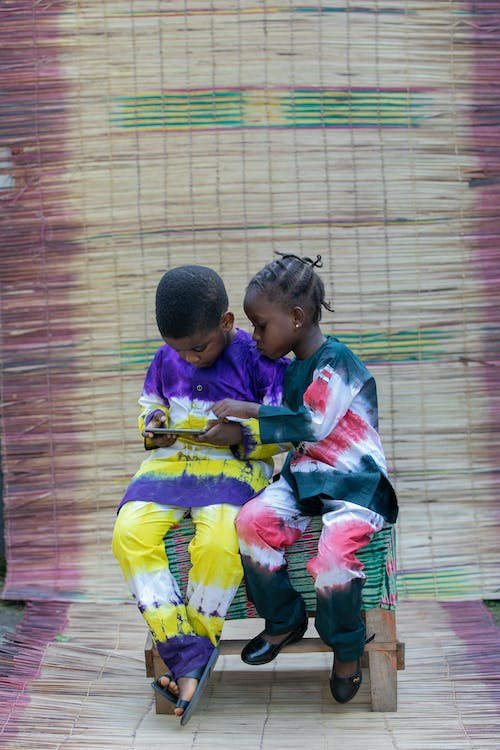 How Does Social Media Affect Our Brains?

In today’s world, many of us rely on social media platforms. Some of the most popular platforms today are Facebook, Twitter, Snapchat, YouTube, and Instagram. These platforms are used to connect with each other. And while each has its benefits, it’s important to remember that social media can never be a replacement for real-world human connection.

Ironically for a technology that’s designed to bring people closer together; spending too much time engaging with social media can actually make you feel more lonely and isolated. Additionally, it can exacerbate mental health problems such as anxiety and depression.

This is especially true if you’re spending an excessive amount of time on social media; and feelings of sadness, dissatisfaction, frustration, or loneliness are impacting your life. If this is the case for you, it may be time to re-examine your online habits and find a healthier balance.

While virtual interaction on social media doesn't have the same psychological benefits as face-to-face contact, there are still many positive ways in which it can help you stay connected and support your wellbeing. Click To Tweet

Being able to communicate and stay up to date with family and friends around the world is a major benefit of social media. This is especially useful during this time when everyone is under lockdown and cannot visit their family and friends.

In addition, you can find new friends and communities and network with other people who share similar interests or ambitions. In fact, virtual networking is quite an important and useful activity in this digital world we live in today.

A University of Pennsylvania study examined how social media use causes fear of missing out (“FOMO”).

In the study, one group of participants limited their time on social media to 30 minutes a day, while a control group continued to use Facebook, Snapchat and Instagram as usual. The researchers tracked the participants’ social media time automatically via iPhone battery usage screenshots, and participants completed surveys about their mood and well-being.

It was interesting to note that after three weeks, the participants who limited social media said that they felt less depressed and lonely than people who had no social media limits.

When viewing someone else's curated life online, it's easy to see their perfect pictures and think their lives are better than yours. Click To Tweet

Psychologist Melissa Hunt led the study and shared this explanation, “‘Using less social media than you normally would lead to significant decreases in both depression and loneliness. These effects are particularly pronounced for folks who were more depressed when they came into the study.’”

Hunt suggests that the reason for feeling depressed after spending too much time on social networks boils down to comparison. When viewing someone else’s curated life online, it’s easy to see their perfect pictures and think their lives are better than yours. 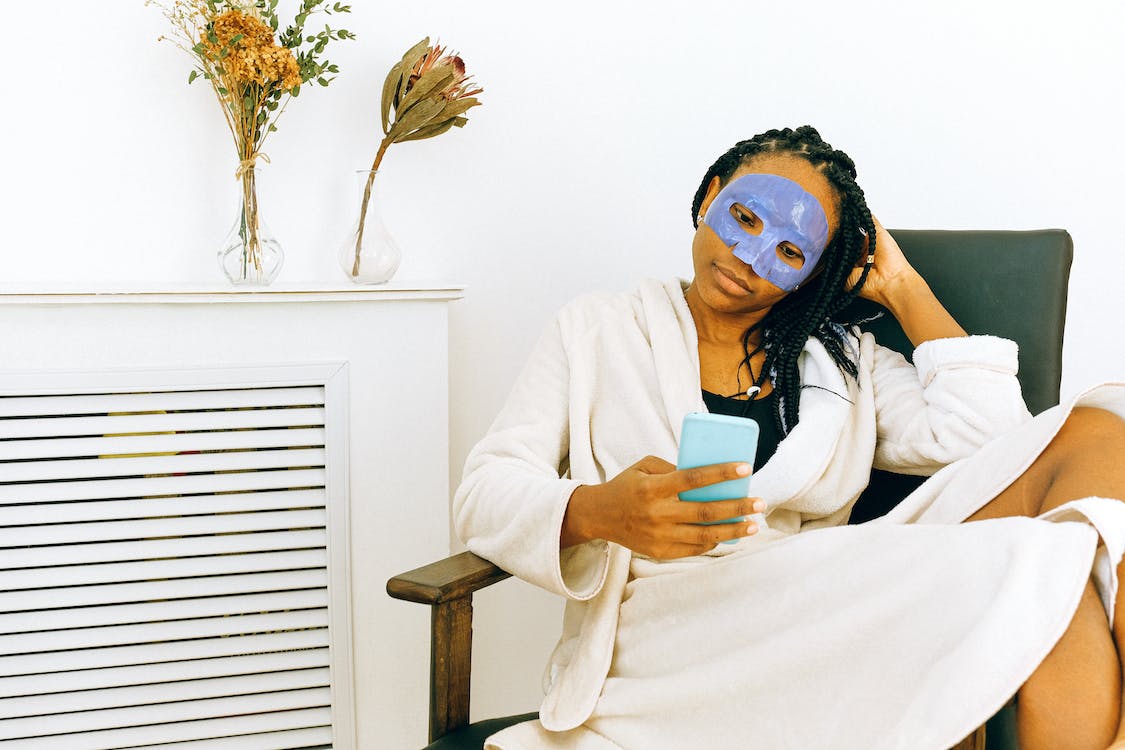 Why We Keep Craving Likes

According to an article by Harvard University researcher, Trevor Haynes; something happens when you get a social media notification. Your brain sends a chemical messenger called dopamine along a reward pathway, which makes you feel good.

Side Effects of Social Media on the Brain

Spending too much time on social media isn’t just a bad habit; it can have real consequences. Science shows that we are basically carrying around little dopamine stimulators in our pockets. So it’s not surprising that we’re constantly distracted by our phones.

Science shows that we are basically carrying around little dopamine stimulators in our pockets. So it's not surprising that we're constantly distracted by our phones. Click To Tweet

A TED video explains that social media makes us bad at multitasking and causes phantom vibration syndrome, which is when you feel like your phone is buzzing even though it’s not.

Just like a gambling or substance addiction, social media addiction involves broken reward pathways in our brains. Social media provides immediate rewards in the form of attention from your network for the minimal effort through a quick thumb tap. Therefore, the brain rewires itself, making you desire likes, retweets, emoji applause and so on.

According to TED, five to 10 per cent of internet users are psychologically addicted and can’t control how much time they spend online.

Furthermore, the brain scans of social media addicts are similar to those of drug-dependent brains. There is a clear change in the regions of the brain that control emotions, attention and decision making.

To make things worse, according to TED; the reward centres in our brains are most active when we’re talking about ourselves.

When a person posts a picture and gets positive social feedback, it stimulates the brain to release dopamine, which again rewards that behaviour and perpetuates the social media habit. 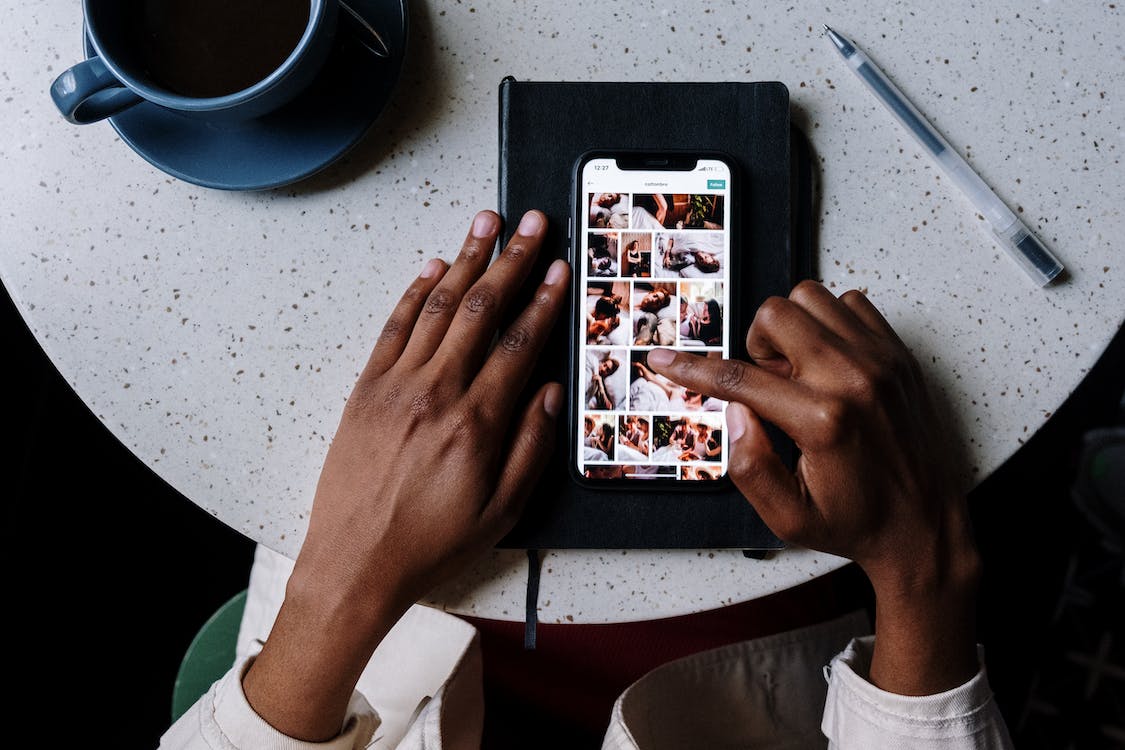 How to Manage it All

The science is clear: Too much social media can alter our brain chemistry.

However, in reality, limiting the amount of time spent on social media can reduce harmful psychological effects.

Talk to your teen about how to avoid letting social media interfere with his or her activities. These include sleep, meals or homework. Encourage a bedtime routine that avoids electronic media use, and keep cellphones and tablets out of teens’ bedrooms. Set an example by following these rules yourself. It is also important to continue to encourage face-to-face contact with friends.

Let your teen know that you’ll be regularly checking his or her social media accounts. You might aim to do so once a week or more. Whatever the interval is make sure you follow through.

Peer pressure is alive and well on social media. And this affects both adults as well as children. In fact, what is interesting is that you may not even realize it is happening. This is because social media tends to encourage people to talk about and share the same opinions; sometimes leading to the concept of “groupthink”.

In addition, the concept of “groupthink” not only quashes original thought but can even be dangerous. In cases when the desire for conformity results in exaggerated or leads to irrational decision-making.

Groupthink is a phenomenon that occurs when a group of well-intentioned people makes irrational or non-optimal decisions spurred by the urge to conform or the belief that dissent is impossible. Click To Tweet The problematic or premature consensus that is characteristic of groupthink may be fueled by a particular agenda.

Lastly, talk about your own social media habits. Ask your teen how he or she is using social media and how it makes them feel. Remind your children that social media is full of unrealistic images. Therefore, they need to be careful not to compare themselves to someone’s curated feed.

Overall, social media is not all good or all bad. It is truly how you use it and the effect on you that is most important.