We have always been fascinated by the beauty and desire to be beautiful is a basic instinct. So what is so different today and how can social media encourage beauty sickness? The difference is the immense pressure to change how you look to fit in.

At the core, it is the interactivity and connectedness of social media that makes it distinct from other media forms. This is the same reason that it is rife with opportunities for users to perceive, compare, and thereby internalize standards of beauty. 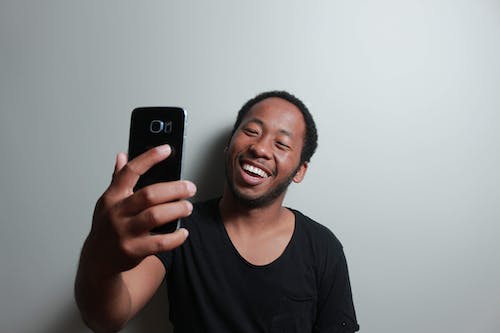 The Changing Influence of Media on Beauty

In the case of pre-social media and traditional media, people were more likely to expect models and celebrities to look near perfect. Adverts and other pieces of media certainly pushed the idea of a way to look and photoshopping. It was generally accepted that the polished; near-perfect look was for celebrities.

However, the tide seems to have turned now thanks to the wide adoption of social media. Now the regular person, your neighbour and the worker down the street tend to look all perfectly put together. Thanks to photo filters and several other apps, a selfie and photo is no longer raw or amateur. This is because everyone has the ability to trim and clean up any blemishes to look a certain way.

Another key difference is that unlike traditional forms of media like television, movies, and magazines, social media sites are designed to actively engage the user. The user is not allowed to view and forget but rather the feed is ever in your face pushing more and more content your way.

In general, people who post photos of themselves on social media probably do so when they feel good about their appearance. However, because this is presented as a regular day in the life of said poster; the viewers tend to compare themselves to these photos and see it as real life!

What is Beauty Sickness

According to Dr. Renee Engeln, a psychologist and body image researcher at Northwestern University; beauty sickness is “the chronic focus on beauty that directs cognitive, financial, and emotional resources away from other more important goals.

People who are post photos on social media regularly, do so when they feel especially good about their appearance. Over time, however, they tend to end up feeling worse about their appearance. Why you might ask? It is very simple because if every photo has to first go through a photo filter such as FaceTune or a Snapchat filter; then over time the person is no longer content with their real face.

It is reported that popular social media platforms have begun to acknowledge the risks inherent in exposure to certain types of photos. One study from the University of Pittsburgh found a correlation between time spent scrolling through social media apps and negative body image feedback. This is because, everything from physical appearance to life circumstances to perceived successes is scrutinized and processed by users. Constantly measuring your success and self-worth against others can be damaging long term. Watch this video here as Dr Renee Engeln describes Beauty Sickness.

One study from the University of Pittsburgh found a correlation between time spent scrolling through social media apps and negative body image feedback.

For teenagers, the need for popularity and to gain likes on social media can cause them to alter their appearance. Especially with all the photo filter apps that exist; it is more likely than ever to touch up a photo before posting. After trying such apps I was surprised at what the App can do. It could reduce, increase, enlarge and erase features while another could literally create an hourglass shape and more.

When it comes to the science of social media addiction when someone posts a picture and gets positive social feedback, it stimulates the brain to release dopamine. This behaviour leads to an increased desire for more.

For a developing child, an over-reliance on social media to relieve stress, loneliness or depression can become problematic. It tends to become a cyclical pattern of relieving undesirable moods with social media use and psychological dependency on social media. Too much of this reliance and ensuing comparison creates an environment where disordered thoughts and behaviours thrive. Especially when social media feeds are usually curated to support the life one wants others to perceive.

More people need to demand that media messages directed at girls and women no longer pander to false expectations. [Read: How to Raise Strong Women]

According to cosmetic surgeons, patients are no longer opting for beauty enhancements trying to achieve their favourite celebrity looks. We can no longer ignore the idea of beauty sickness when patients are demanding to look like their filtered and edited selfie.

SEE ALSO: How to be a Digital Savvy Parent